The Quarry Obelisk is one of six large black structures found on the island in The Witness. It's purpose is directly tied to that of the many hidden Environmental Puzzles, and solving any of the nearby puzzles will light up a corresponding symbol, and reveal the symbols of other nearby puzzles. 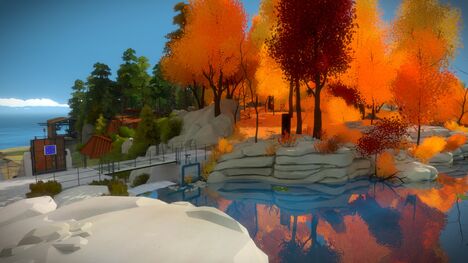 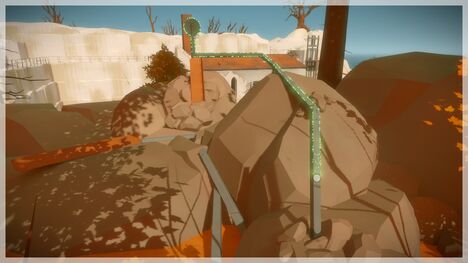 Just to the side of the dam and quarry entrance, right from the obelisk, you can find some discarded tools lying around some rocks. If you line up the two tools with the chimney from the far building, you can create a link from the roof to the iron bars on the rock next to you. 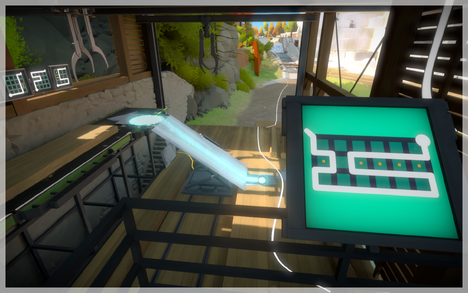 In the wood shop near the quarry, set the puzzle as shown to move the crane into the right position to form a circle of light to use as the beginning of this environmental puzzle. 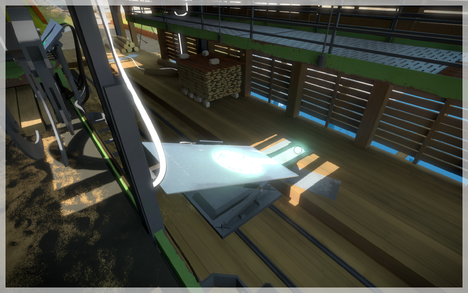 Move the ramp over to the spot shown, and this environmental puzzle will form as the ramp either raises or lowers. 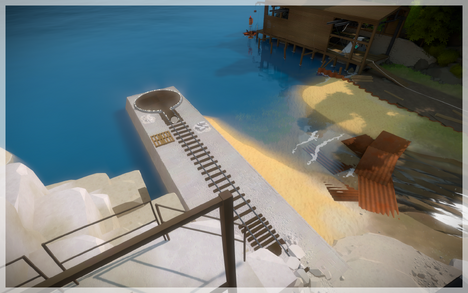 There's an elevator that goes from the top of the quarry to the bottom. Start the puzzle while the elevator is at the top, and ride it to the bottom to complete the puzzle. 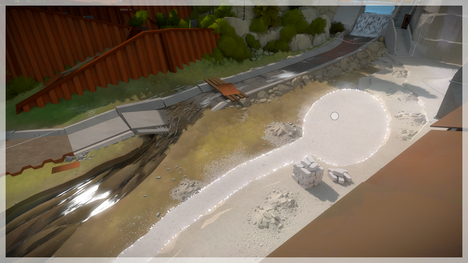 Stand on the roof of the quarry factory on the corner closest to the elevator, and Look down and to your right to find the this puzzle. 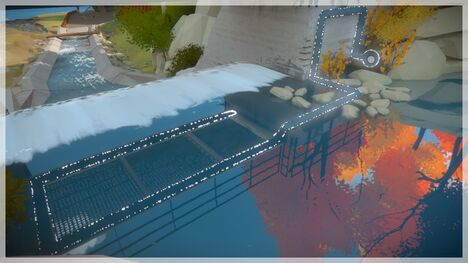 For this puzzle you'll need access to the Quarry's abandoned factory. Once inside of the building you'll need to use the panels that act as elevator controls to get higher up until you're able to look down at the starting point for this environmental puzzle by the door. However, you'll need to make sure the lower ramp is raised. After that you'll have one of two symbols you can get here (Symbol 4 can be acquired in this same spot). 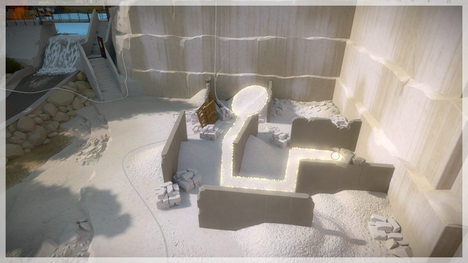 Make your way to the roof of the abandoned factory, and head over the grey duct to the far corner. Look down towards the far right corner of the quarry and line up the light to find the solution to this puzzle.

As with Symbol 2, you'll need to be in the abandoned factory in the Quarry to get solve this puzzle. Get to the upper railing, look down at the starting point by the doorway, and you'll see a disjoined puzzle to do to the right of your starting point. To get this symbol, make sure the right elevator is down and then activate it so that it begins to lift. Quickly go back to your position looking down at the doorway and get ready to trace from the starting point onto the platform that is raising up. If you get the timing right then you'll net yourself another symbol. 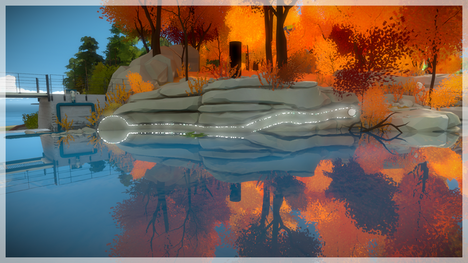 Make your way around the lake from the bridge away from the obelisk. Stay neer the shore and keep your eye on the obelisk. Soon you should see the cliff face that the obelisk is standing on create a path with its reflection on the water. Solve it using the top path for symbol 1. 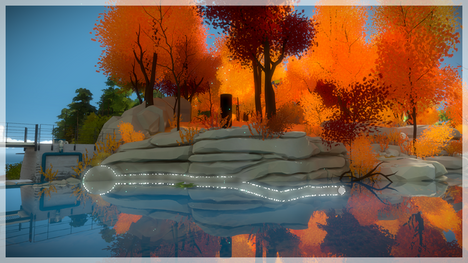 Same as symbol 1, but use the bottom path. 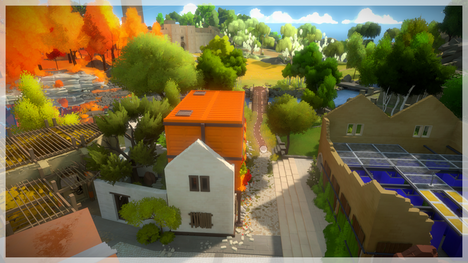 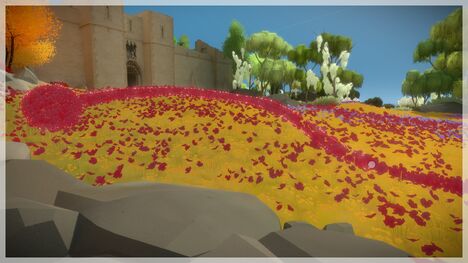 Both of the following symbols can be foudn hiding in the flower patches near the castle entrance. The first, look for a patch of red flowers and stand on the rocks near them to locate the symbol. 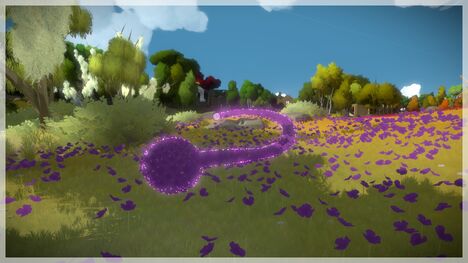 The second symbol is nearly opposite the first - look for a large patch of purple flowers on the other side, near the entrance to the Tree House and Swamp to see it take shape.